Rain, a darkening sky is half-heartedly spitting out a few drops as I write, with up to an inch (2.5cm for pedants, Europeans or people younger than me) promised by Met Eireann for the weekend. Hopefully this marks the end of the “good” weather- you know if you have really become a grower if you classify weather according to plant needs rather than human-  The year has really been the most difficult I’ve ever known as a grower, if you are new to growing and kept at it this year then you really are destined to spend the rest of your life looking at seed catalogues and debating the merits of different green manures; for those who have given up- next year has to be easier, have another go.

I’ve been assessing my drought damage this morning and despite using my limited water pressure as efficiently as possible I do have various losses in plantings I made last winter and amazingly even the winter before. The beech hedge around our terrace has suffered about 20% losses, in the fruit garden I appear to have a couple of dead apples and I have lost my cherry, though thankfully after close inspection my nuts appear healthy. So, things could certainly be worse, though I dread to think what losses would have occurred if we hadn’t got water out.

In our gardens it’s probably prudent to start planning for “unusual” summers. No one can predict what a changing world climate will do to Ireland, but one consistent prediction appears to be more extreme weather. Droughts have always happened, I remember 1976 and elderly farmers used to tell me about a year in the 40’s when cattle had to be fed with cut foliage from trees. The likelihood is that they probably won’t be once in a generation events but more frequent and more severe, so we had better get prepared! The first thing to sort out is your soil, maximise its water holding capacity. Contrary to what many beginners think, a soil managed for good drainage is also best for holding water, so it will cope with the flood conditions we had in the spring and the drought conditions of the summer. In practise this means making sure your soil is broken up to 2 -3 feet (60-90cm), this allows water to drain away and plant roots to access water from deeper in the soil. And probably most important of all get lots of organic matter in the soil, you can pretty much double the water holding capacity of a poor soil by increasing the organic matter. This means adding as much compost or manure as you can manage (up to 1 bucket per sq. metre) and growing green manures where possible. Interestingly when you increase the organic matter in your soil you are also doing your bit to remove carbon dioxide from the atmosphere. Organic matter is largely made up of carbon, if it’s in your soil it’s not in the air. And if all the growers & farmers in the world doubled the amount of organic matter in their soil then virtually all the excess carbon dioxide in the atmosphere would be removed! 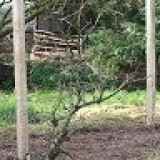